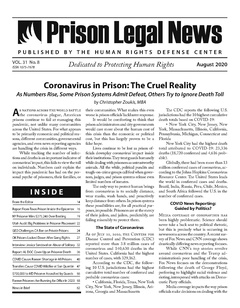 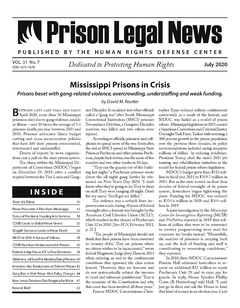 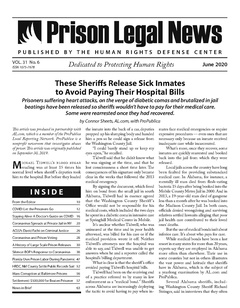 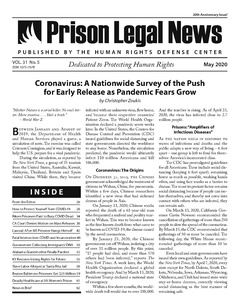 Legislation Would Allow for Decertification of Bad Cops

Salt Lake woman could face life in prison, accused of buying paint for a protest

Prison visitations suspended again through September 13 due to COVID-19

Legislation Would Allow for Decertification of Bad Cops

Coronavirus in Prison: The Cruel Reality

As nations across the world battle the coronavirus plague, American prisons continue to fail at managing this pandemic, not unlike many communities across the United States. For what appears to be primarily ...

Between late last year and early April 2020, more than 30 Mississippi prisoners died due togang violence, suicide or illness – over 10 times the average of 3.4 prisoner deaths per year between 2014 and 2018. ...

This article was produced in partnership with AL.com, which is a member of the ProPublica Local Reporting Network. ProPublica is a nonprofit newsroom that investigates abuses of power. This article was originally published on September 30, 2019.

Coronavirus: A Nationwide Survey of the Push for Early Release as Pandemic Fears Grow

Loaded on May 1, 2020 by Christopher Zoukis published in Prison Legal News May, 2020, page 1
Filed under: COVID-19. Location: United States of America.

Between January and August of 2019, the Department of Health and Human Services played a game, a simulation of sorts. The exercise was called Crimson Contagion, ...

To correct a “grave miscarriage of justice,” Pennsylvania U.S. District Court Judge Anita Brody granted a writ of habeas corpus to a state prisoner and vacated his conviction and death sentence for a murder that “in ...

On May 23, 2014, the Medical Examiner’s Office in Nashville completed an autopsy report on Tennessee state prisoner Jeffery Sills, 43, who was murdered at the South Central Correctional Facility in Clifton, Wayne County on March 28. The facility is ...

Rick Raemisch, Colorado’s new corrections director, wanted to better understand the experience of solitary confinement – so he spent a night in segregation at a state prison.

Raemisch had been on the job for seven months when he decided to ...

Paul Wright, the founder and executive director of the Human Rights Defense Center and editor of Prison Legal News and Criminal Legal News, is a regular guest on the "Loud & Clear" podcast's Thursday series “Criminal Injustice,” a segment about the most egregious conduct of our courts and prosecutors and how justice is denied to so many people in this country. Listen to this week's episode here or visit our media library, here, for an archive of past shows.