Sacramento, CA – On June 9, the U.S. Court of Appeals for the Ninth Circuit, which hears appeals in federal cases arising in California among other jurisdictions, issued a ruling in the case of Prison Legal News v. Schwarzenegger. The appellate court upheld an award of $137,502.46 to Prison Legal News (PLN), a non-profit publication that reports on criminal justice-related issues, for fees and costs incurred in monitoring a settlement with California prison officials.

In December 2006, PLN and the California Dept. of Corrections and Rehabilitation (CDCR) entered into an agreement to resolve problems involving the censorship of PLN’s monthly publication and book orders. Those problems included PLN and other publishers having to obtain "approved vendor" status before they could send reading material to prisoners; a ban on hardcover books; no notice to publishers when publications or books were censored or rejected by prison staff; and inconsistent censorship decisions at CDCR facilities.

The settlement specified that PLN’s attorneys reserved their right to pursue claims for fees and costs for work related to the agreement. The settlement was filed in U.S. District Court, which retained jurisdiction to enforce the terms of the agreement and to determine reasonable fees and costs. At that time, the parties stipulated that PLN was entitled to $320,000 in attorneys’ fees.

PLN subsequently moved for $137,672.79 in fees and costs for work performed after the settlement was signed, including compliance monitoring. The CDCR did not appeal the district court’s order granting the additional fees. PLN filed a second motion for attorneys’ fees and costs in October 2008; that motion also was granted, and the district court awarded $137,502.46. The state appealed and the Ninth Circuit upheld the fee award on June 9, 2010.

The Ninth Circuit held that under the terms of the agreement, PLN could properly seek fees for monitoring compliance with the settlement, including "reviewing and responding to letters from inmates in CDCR institutions complaining about access to published materials." The Court of Appeals also found that the fees awarded by the district court were reasonable, and upheld the full award of $137,502.46 in attorneys’ fees and costs.

Lastly, the Court rejected the state’s unsupported argument that it had fully complied with the settlement agreement, finding the record completely "silent" on that point and ruling that the parties could litigate that issue on remand before the district court. The costs of the appeal were assessed against the State of California.

"The Ninth Circuit obviously recognizes the importance of monitoring settlement agreements and upholding oversight by the federal courts in cases involving core civil rights – in this case, Prison Legal News’ right under the First Amendment to send books and other publications to California prisoners," stated PLN editor Paul Wright.

"This is an important First Amendment victory. It is critical for the health of our society, and political system, that publishers have access to readers in all places and situations, including in state institutions," said attorney Ernest Galvan, who argued the case in the Ninth Circuit. "What the court reaffirmed here is that federal court judgments in civil rights cases are not just pieces of paper. The courts need the power to make sure their orders are effective in the real world to help real people."


Prison Legal News (PLN), founded in 1990 and based in Brattleboro, Vermont, is a non-profit organization dedicated to protecting human rights in U.S. detention facilities. HRDC publishes a monthly magazine that includes reports, reviews and analysis of court rulings and news related to prisoners’ rights and criminal justice issues. PLN has almost 7,000 subscribers nationwide and operates a website (www.prisonlegalnews.org) that includes a comprehensive database of prison and jail-related articles, news reports, court rulings, verdicts, settlements and related documents. PLN is a project of the Human Rights Defense Center. 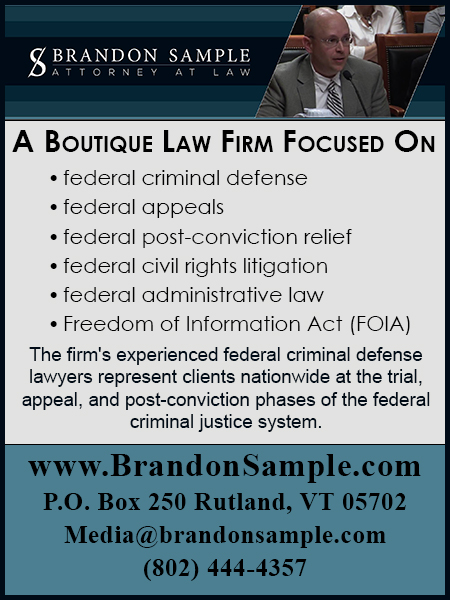