PLN quoted in article regarding censorship in Texas prison system

Banned in Texas prisons: books and magazines that many would consider classics

Ask the Texas Department of Criminal Justice how many book and magazine titles it has reviewed over the years to determine if the reading material is suitable for its inmates, and officials will give you a precise number: 89,795.

Ask how many authors are represented on the list, and they can tell you that, too: 40,285.

But ask how many of those books and magazines have been rejected because prison reviewers decided they contain inappropriate content, and prison officials will tell you that information is unavailable: "There's just no way to break that out," said Tammy Shelby, a program specialist for the prison agency's Mail System Coordinators Panel.

But after the Statesman reviewed five years' worth of publications — about 5,000 titles — whose rejections were appealed by inmates to the agency's headquarters in Huntsville and obtained through open records requests, one thing is clear: Texas prisoners are missing out on some fine reading.

And just because a book is a best-seller in the free world doesn't mean it's available on the inside. Harold Robbins, Pat Conroy, Hunter S. Thompson, Dave Barry and James Patterson belong to the don't-read fraternity. Mystery writer Carl Hiaasen does, too, as do Kinky Friedman and Janet Fitch, whose "White Oleander" was an Oprah's Book Club selection.

John Grisham has had four blockbusters banned since 2005. And inmates will have to wait for parole before diving into "Precious," the book by Sapphire that last year was turned into a critically acclaimed movie.

Political connections don't seem to count for much, either. Her father may have been governor and president, but Jenna Bush's "Ana's Story: A Journey of Hope" made the banned list in November 2008.

While it's easy to laugh off the removal of some books (comedian Jon Stewart's "America; A Citizen's Guide to Democracy Inaction" was censored for sexually explicit images), critics say the Texas Department of Criminal Justice's restrictions are a serious matter. Inmates who don't read, for example, have a harder time finding jobs, said Marc Levin, a criminal justice analyst for the Texas Public Policy Foundation.

"Literacy, or lack of it, is one of the biggest problems we have with respect to re-entry," Levin said. "Inmates who want to read should have that opportunity."

Texas prison officials said restrictions on reading material are for the good of both guards and inmates. "We have to protect the safety and security of our institution, but also aid in the rehabilitation of our offenders," said Jason Clark, an agency spokesman.

While prisons for years have restricted reading material available to their inmates, experts in correctional policy concede there is scant research demonstrating that racy literature, dirty photos of tattoos or comics showing naked women — all prohibited in Texas lockups — stunt a prisoner's rehabilitation or cause disruptions.

"There is no evidence concluding that exposure to obscene material affects the morals or attitudes of prisoners," said Robert Bastress, a professor at the West Virginia University College of Law, who in 2004 represented an inmate who sued when the prison library was cleansed of all materials considered "a turn-on."

How books are banned

Texas inmates can receive published material only from publishers or bookstores. Each year, family members, friends and nonprofit organizations arrange to send thousands of books and magazines to prisoners.

Common requests include dictionaries, pulp fiction — Westerns and Star Trek, in particular — and legal and health books, said Scott O'Dierno, who manages Austin-based Inside Books, which has been sending the written word to Texas prisoners for 11 years.

When a book arrives at a Texas prison mailroom, an employee first checks the database to see if the book is already prohibited. If not, said Shelby, "he'll flip it over and read the back." If that provides insufficient information to make a decision, "they scan through it looking for key words" or pictures that would disqualify the publication.

"You can pretty much tell by reading the first few pages," she said. "We rely on them to use their judgment."

If the book is denied by a unit's mailroom staff, an inmate can appeal to Huntsville headquarters. Prison officials say they don't know what percentage of inmates choose to press their cases.

Review decisions are officially made by the six-member Directors Review Committee, which also considers matters of correspondence and visitation. But the committee generally turns its publication appeals over to two program specialists, Shelby and Jennifer Smith, who reconsider the mailroom decision.

Because of the sheer volume of books and magazines they receive, Smith said she typically reviews only the pages cited by mailroom staff as inappropriate.

"We get too much up here to review every book" in its entirety, she said. If the women disagree with the mailroom, the book usually is redesignated as "approved." Otherwise, it goes on the banned list for good unless a policy change merits a review.

Even critics agree that, on paper, the system is as good as any. "I've looked at a lot of policies," said Paul Wright, editor of the Seattle-based Prison Legal News, which distributes the magazine and books to prisons nationwide. "And the Texas one, as written, isn't that bad."

But in practice, he added, many worthwhile books remain banned after a cursory exam simply because prisoners don't appeal.

Last July, a prison censor rejected "The Narrative of Sojourner Truth," a biography of the abolitionist, because of a racial reference. The decision was later reversed. But if the inmate hadn't appealed, the title would have been permanently banned.

Even with appeals, Wright said, "there doesn't seem to be any real review going on." In 2005, mailroom staffers flagged "Freakonomics," the best-selling popular economics book, for its use of a 50-year-old quote containing a racial epitaph in a chapter about the Ku Klux Klan. That decision was upheld.

Scott Medlock, an attorney for the Texas Civil Rights Project, said such rubber-stamping stems from a Catch-22: Because the book is banned, the inmate can't review its contents to prepare a rebuttal.

Federal prison policy, by contrast, states, "Where a publication is found unacceptable \u2026 the warden shall permit the inmate an opportunity to review this material for purposes of filing an appeal."

Sex and the Sistine Chapel

Perhaps the most common reason for diverting books from Texas prisoners is sex, portrayed in images and words, although prison officials have struggled to define what's permissible. Inmates could receive magazines like Playboy and Penthouse until 2004, when they were banned, Smith said.

A book or magazine also would be rejected if it "would encourage homosexual or deviant criminal sexual behavior."

In 2007, the "homosexual" reference was deleted, though not before it ensnared "Brokeback Mountain," Proulx's prize-winning love story about two cowboys. ("Homophobia: A History," on the other hand, was approved in 2006.) Written descriptions of other sexual practices — sadomasochism, rape and incest — remain grounds for summary rejection.

State prison administrators have taken an even harder line with images. While pictures of naked buttocks are permitted, depictions of genitalia and women's bare breasts are not.

That applies not just to magazines such as Hustler, but also to offending swimsuit catalogs, tattoo images — even cartoons. The February 2009 Esquire was rejected for a line drawing of a woman in bed, a single naked breast visible over her sheet.

In the past five years, volumes on massage, home health care, circumcision, vintage aircraft nose art, gardening, Dungeons & Dragons and a pictorial history of restaurant menus were rejected for displaying too much explicit material.

Inmates enrolled in sex offender treatment programs, often for pedophilia, cannot receive any reading material except newspapers, religious material, and legal or educational publications. But a ban on images of nude children applies to everyone, Smith said.

Thus, National Geographic magazines are turned away for photos of naked toddlers. Images of unclothed children have also led to censorship of "Anatomica: The Complete Home Medical Reference" and "A Child is Born," featuring primarily in-vitro photos.

Journalism is not immune, either. National Geographic's massive "Visual History of the World" was banned because it included the Pulitzer Prize-winning photo of a naked girl fleeing a napalm attack in Vietnam. "Let Us Now Praise Famous Men," the photojournalistic account of U.S. sharecroppers, and "How the Other Half Lives," a grim chronicle of New York slums at the turn of the century, were turned away for their pictures of unclothed children.

Art has proved especially tricky to regulate. Shelby said she tries to educate mailroom workers to keep their hands off books of paintings featuring naked adults. Yet many great works also display naked children, and books featuring the work of some of the world's best-known artists, including Caravaggio and Rembrandt, have been blocked.

"Things that would be in the Vatican aren't allowed in TDCJ," said O'Dierno, who said his organization has used magic markers to obscure body parts before mailing some books to a Texas prison. In 2006, censors rejected "The Sistine Chapel Coloring Book."

"If he is naked, the Baby Jesus would be denied," she said.

Books that could lead to breaches of security and order also are denied entrance to state prisons. Publications considered too racially insensitive fall under a ban of "material that a reasonable person would construe as written solely for the purpose of communicating information designed to achieve the breakdown of prisons."

Many of the rejections — "Fun Under the Swastika" — seem reasonable: Race-related violence is a real concern in prisons. Yet the prohibition has been applied broadly: "Friday Night Lights," the best-selling book about Texas football, was prohibited because of its exploration of racial themes in Odessa.

In October 2007, censors rejected "Coming Through the Fire," which was reviewed on Amazon.com: "In this small but eloquent work, Duke University professor of religion and culture C. Eric Lincoln calls for a 'no-fault reconciliation' between the races." The following month, censors approved "The Hitler We Loved and Why," published by White Power Publications.

In 2005, prison officials censored "Auto Repair for Dummies," and in 2007 they rejected "Residential Construction Academy — HVAC." Among the trades it teaches, Windham, the state's school district for prisoners, lists auto mechanics, diesel repair and HVAC repair.

By policy, censors also scour volumes for descriptions of weapon and drug manufacturing and "criminal schemes," categories that have prevented books such as the "Drugs From A to Z Dictionary" and Guns & Ammo magazine from prisoners' cells. But the restrictions have also led to banning the book "How to Get Off Drugs," magazines about paintball and a how-to manual on rifle engraving.

The potential for aiding escape is another security red flag, prohibiting not only publications with Texas maps but also Statesman humor columnist John Kelso's book of roadside oddities, for what the author describes as unhelpful depictions of Texas terrain.

"I suppose they could use it to run away to the Spamarama," Kelso said.

In 2005, Jim Willett, a retired warden of the agency's Huntsville unit, published a book about his experiences. Two years later, his former employer censored "Warden" because, the reviewers explained, "arial (sic) photos of prisons could facilitate an escape."

Censors also have taken an expansive view of publications that might give inmates a dangerous advantage over corrections officers. While it's easy to understand why a copy of "How to Be An Ass-Whipping Boxer" circulating among angry prisoners could cause unease, it is less clear why "Draw Fight Scenes Like a Pro" was rejected for revealing "fighting techniques."

In December, prison censors intercepted "The Elements of Persuasion: Use Storytelling to Pitch Better, Sell Faster and Win More Business," which, after reading, they turned away as a security concern.

"Could be used to persuade others." 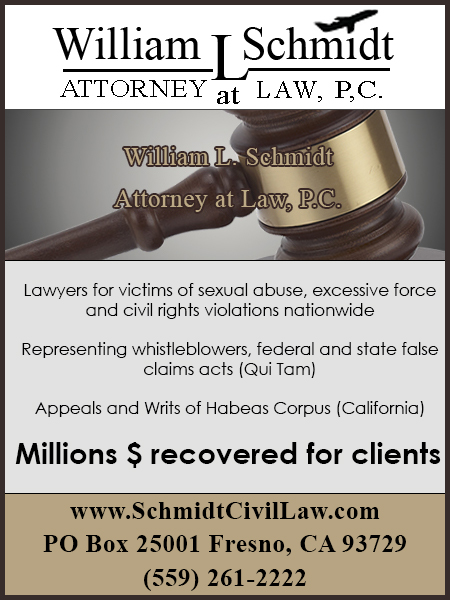