Column: Why I Love Travis McMichael

On Feb. 23, 2020, Ahmaud Arbery went for a run in Glynn County, Georgia. After being chased and accosted by three white men, Arbery was shot to death by Travis McMichael, a then 34-year old man who had pulled a shotgun on Arbery as he was jogging in the McMichaels' neighborhood.

Since Arbery's killing I have found myself deeply entangled in the lives of Ahmaud and Travis, but in a way that has led to some consternation from my friends.

On Oct. 16, 2020 I was sentenced to 14 months in federal prison in Brunswick, Georgia by U.S. District Court Judge Lisa Godbey Wood for my role in an anti-nuclear weapons protest with six other Catholic pacifists at Naval Station Kings Bay in St. Marys, Georgia. We call ourselves the Kings Bay Plowshares (KBP).

I knew Wood was going to allow me to self-report to federal prison at a later date, so I asked supporters at my sentencing to accompany me on a memorial walk/run following the route Arbery took the day he was shot. At the spot where Ahmaud died I led a memorial prayer service in memory of the 25-year-old Black man who was murdered by Travis; Travis' father, Gregory McMichael; and a third man, William Bryan.

Following a conviction in Georgia state court, the Brunswick U.S. Attorney - the same one who prosecuted me - decided to charge the trio with federal hate crimes even though the McMichaels were given life sentences without the possibility of parole. Bryan, who was found less culpable in Ahmaud's death, is eligible for parole in 30 years.

Now a second trial loomed before Judge Wood that ended up being in the same courtroom, with all the same government players involved who prosecuted the KBP. Then, in January I received an email from my federal appellate lawyer, Amy Lee Copeland, informing me that she had to get an extension in my case because she had to conduct a trial. Her client was Travis McMichael.

So, the loop was complete; my life was inexplicably intertwined with the life of Travis. Was it merely coincidence that a man deeply despised by many, and I were being represented by the same lawyer?

As expected, most of the people who were in support of the KBP were also in solidarity with Ahmaud's family and the larger Brunswick and Glynn County African American communities and beyond, as was I. And most were strongly in favor of prosecuting the McMichaels to the fullest extent of the law; life sentences were not sufficient punishment. Hate crime convictions were lauded as necessary to begin a process of addressing centuries of our national legacy of allowing white men to kidnap, enslave, rape, kill and lynch African Americans without consequence.

So, I found myself in an odd juxtaposition in which I not only opposed the unjust federal judiciary that called the KBP "a threat to public safety," gave us exorbitantly high bonds, kept us under house arrest and curfews and made us wear ankle monitors for almost two years before sentencing us all to prison, but I also was not able to suddenly switch sides and join my sisters and brothers in the federal courtroom who were enthusiastically now on the side of the government they had opposed when we were on trial.

Of course, I abhor what those men did to Ahmaud, and the racist underpinnings of the case, but at the same time my Catholic Christian faith calls me to hate the sin, but love the sinner. In my view, God is calling me to unequivocally love Travis McMichael as a brother in Christ, and to never lose hope that he can receive God's grace and mercy and redemption for his horrible crime.

My friend Erik Johnson, a Presbyterian pastor, reminded me of what "holding onto hate and violence in seeking vengeance does to those who opt for that way out of their anguishing grief."

Erik spoke of the Amish families who forgave the man who murdered their daughters -- shooting 10, killing five -- a display of mercy that awed the world.

Erik quoted Romans (12:17-21). "Repay no one evil for evil, but give thought to do what is honorable in the sight of all. If possible, so far as it depends on you, live peaceably with all. Beloved, never avenge yourselves, but leave it to the wrath of God, for it is written, 'Vengeance is mine, I will repay, says the Lord.' To the contrary, 'if your enemy is hungry, feed him; if he is thirsty, give him something to drink; for by so doing you will heap burning coals on his head.' Do not be overcome by evil, but overcome evil with good."

Making the situation more complex is the reality that life sentences without the possibility of parole -- which are essentially sentences of "slow death" -- are an option used primarily against people of color.

Ashley Nellis, author of the study, said life sentences without parole are “virtually unheard of elsewhere in the world, ” and “imprisonment beyond 20 years is a predominantly American phenomenon.”

Does the fact that white racists receive life without parole make it a just option?

This is what I wrote to our lawyer, Amy Lee, during Travis' trial: "Dear Amy Lee -- Keep up the good work of defending the 'outcast.' Regardless of how the world sees the McMichaels, your job is to protect the dignity of Travis and assure he receives a fair trial, which is all but impossible. You are doing an exemplary job against a stacked deck. Peace, Patrick"

Amy Lee also negotiated a plea agreement with the government in which Travis essentially agreed to the elements of a hate crime, admitting his killing of Ahmaud was racially motivated and would then receive a sentence of 30 years in federal prison.

So, Travis and his dad would admit "hatred" of African Americans motivated their actions. In return, the McMichaels asked for one thing: to be sentenced to federal prison instead of state prison, a request that angered Ahmaud's family and led to Judge Wood rejecting the plea deal.

Ahmaud’s mother, Wanda Cooper-Jones, opposed the plea deal. “I’m asking on the behalf of his family, on behalf of his memory and on behalf of fairness that you do not grant this plea in order to allow these men to transfer out of Georgia state custody into the federal prisons where they prefer to be,” Cooper-Jones told Wood according to The New York Times.

It is a false narrative to say federal prisons are "better" than state prisons, and while that may be true in cases where nonviolent "offenders" do their time in minimum security federal prisons, the truth is Travis, his dad and Bryan will likely have to spend the rest of their lives in solitary confinement or risk being murdered by other inmates if placed in the general population.

The possibility of a white man imprisoned for killing a completely innocent Black man -- especially in such a high profile case -- being murdered in prison is high in both state and federal prisons in the United States, a horrific reality essentially unaddressed by our unjust penal system in which the lives of the incarcerated -- ironically especially the lives of incarcerated Black men -- are not valued.

Paul Wright, executive director of the Human Rights Defense Center, said the McMichaels will likely be segregated in "protective custody," because of the notoriety of their cases and sentence length.

In fact, Travis has already spent more than two years in solitary confinement in the Glynn County Detention Center -- where I was also held pretrial -- since his arrest in May 2020. In a motion recently filed by Copeland, she said Travis "has received more than 800 death threats," some from Georgia state prisoners. In the motion, Copeland also requested again that Travis be sent to federal prison.

Copeland said Travis "fears for his life if he is placed in the general inmate population of a Georgia prison.

“... His concern is that he will promptly be killed upon delivery to the state prison system for service of that sentence. He has received numerous threats of death that are credible in light of all circumstances."

Of course, the McMichaels have to be held accountable for killing Arbery, but should that accountability include the risk of Travis also being killed?

So, as Travis faces federal sentencing today for killing Ahmaud, one thing is for sure, Travis will likely spend the rest of his days in a single cell, probably in a separate prison from his father, always looking over his shoulder, under torturous conditions; his misery will be unimaginable.

So, Yes, I love Travis McMichael. I will pray for him, write to him, reach out to his family, and hope that God will give him the strength to experience a meaningful, remorseful life despite having killed Ahmaud. 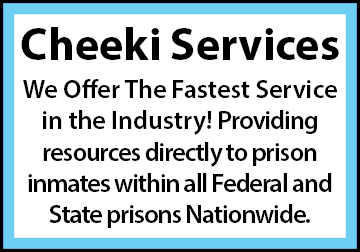