Recommendations Re Treatment of Detainees With Mental Illness and Conditions in the LA Co Jail CA, ACLU, 2009 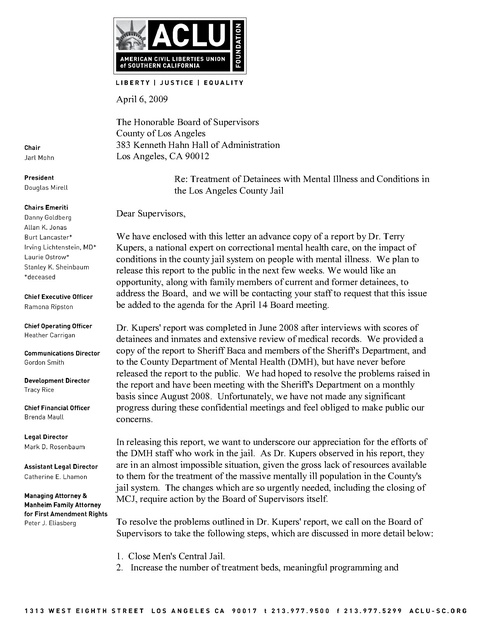