The Impact of Trying Youths as Adults, Campaign for Youth Justice, 2007 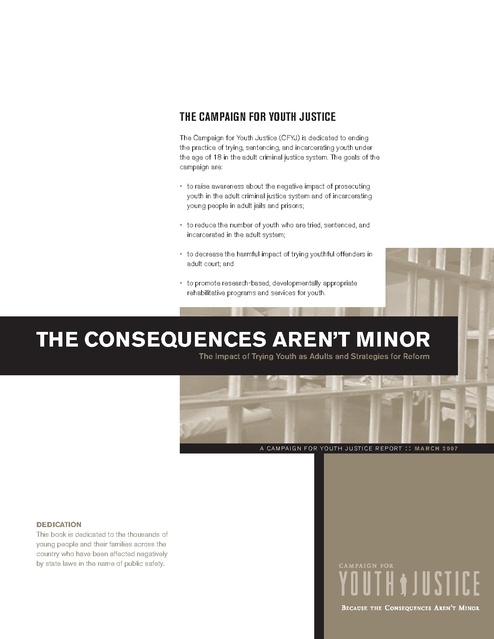