Center for Women in Politics and Public Policy, Women in Prison in Ma, 2005 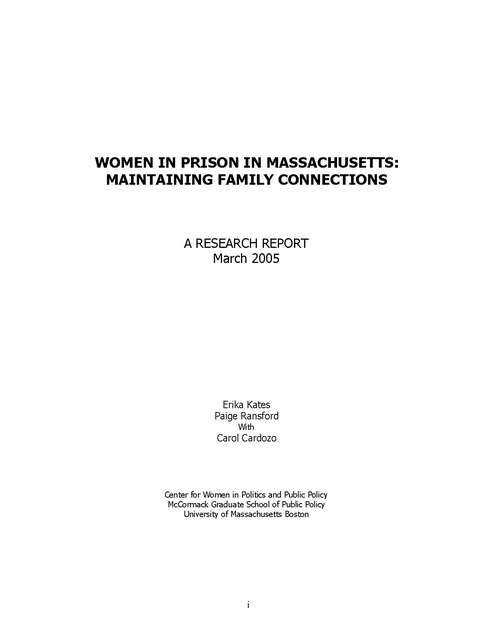