City of NY Board of Correction Resolution Nov 2021 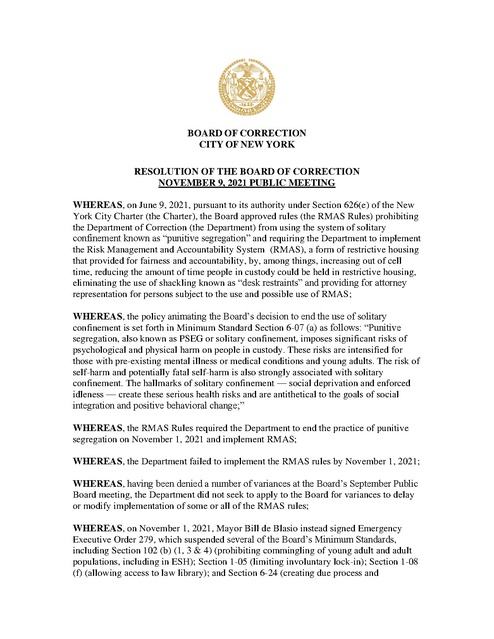