Focus - Neither Here Nor There Incarceration and Family, Kristin Turney, 2013 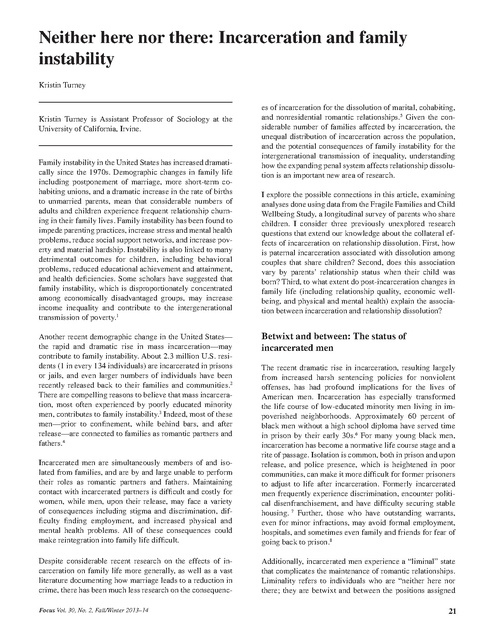