Get To Work or Go To Jail - Workplace Rights Under Threat, UCLA, 2016 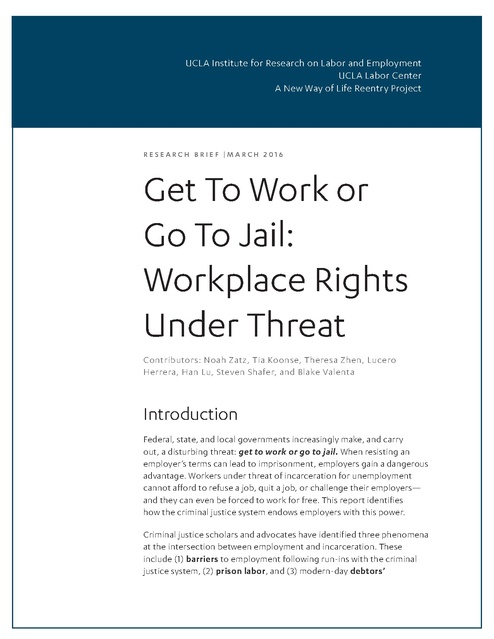