Letter from Board of Correction re: NYC Jails and COVID-19, 2020 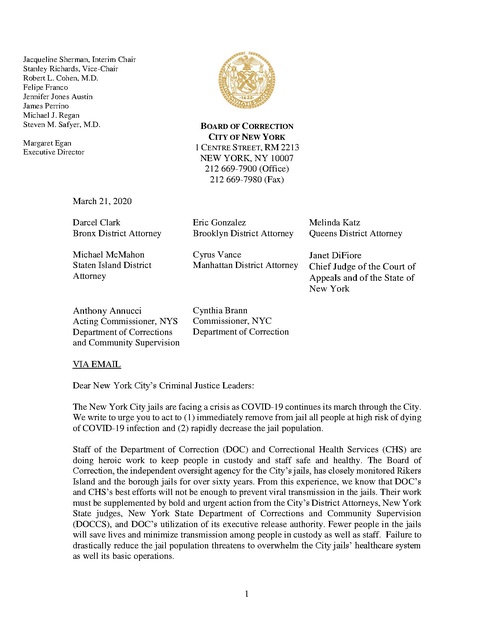