Making a Killing - How Prison Corporations Are Profiting From Campaign Contributions and Putting Taxpayers at Risk, AFSCME, 2011 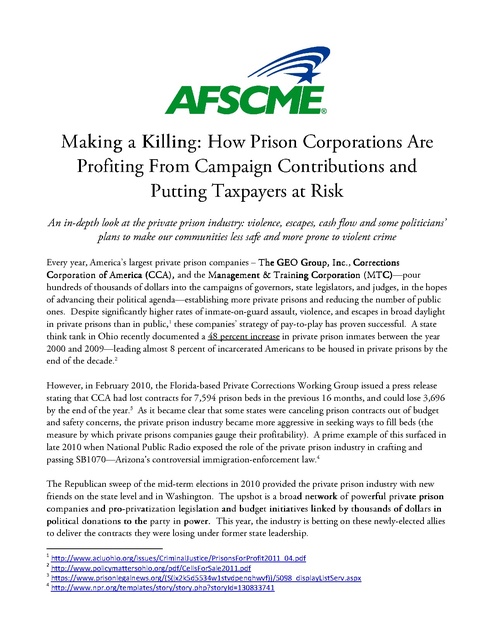