Neither Equal Nor Just - Legal Services to the Poor, Sb Bright, 1999 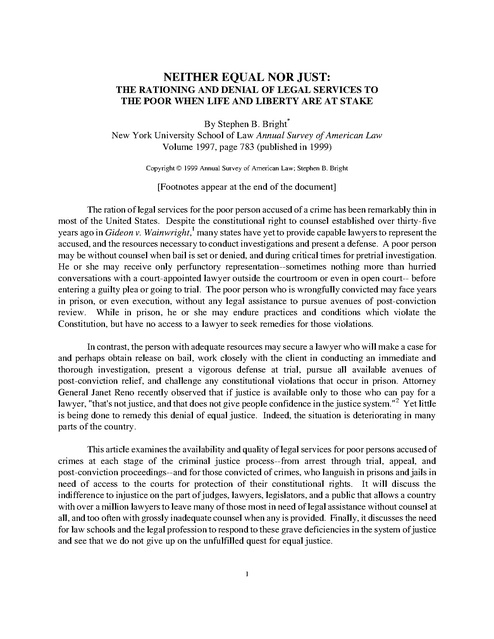