New York State Parole Board - Failures in Staffing and Performance - A Report by the Parole Preparation Project and The Release Aging People in Prison Campaign, 2018 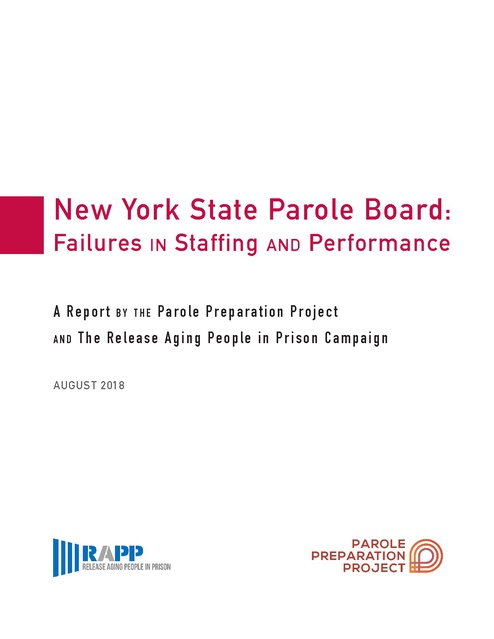