The Role of Prisons In Rural Development, Tootle, 2004 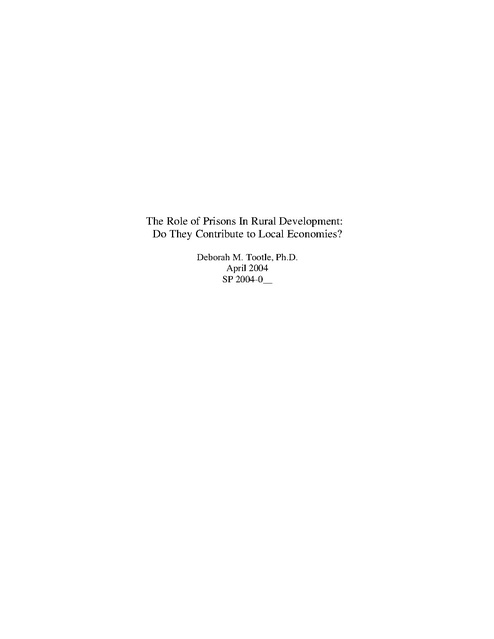