In the Public Interest - An Examination of Private Financing for Correctional and Immigration Detention Facilities, 2018 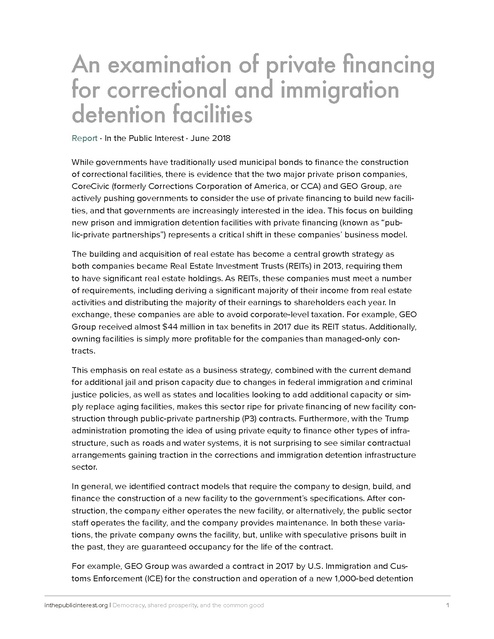