Rules for Settlement of Claims by Infants and Impaired Persons, Victor, 2006 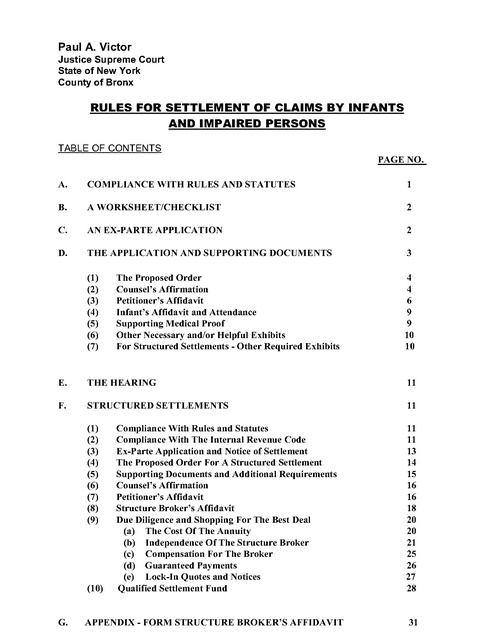