State of Injustice - How New York State Turns its Back on the Right to Counsel for the Poor, NYCLU, 2014 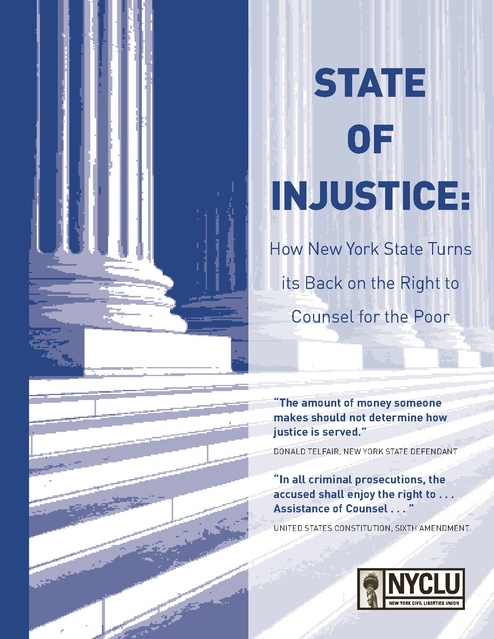