Statement on the Future of Community Corrections, 2017 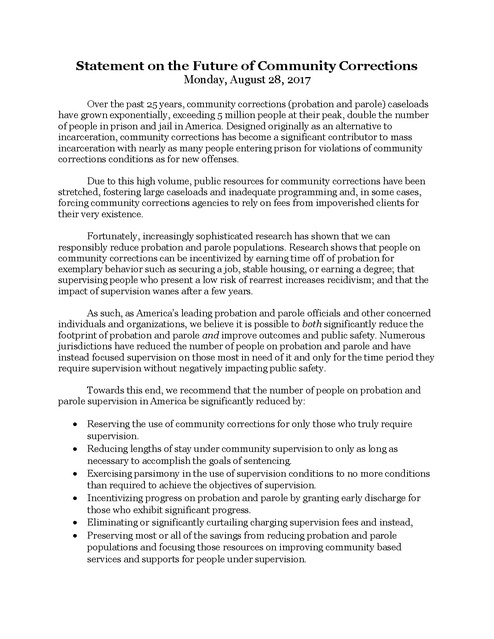