Statement of the Department of Justice on RLUIPA, 2018 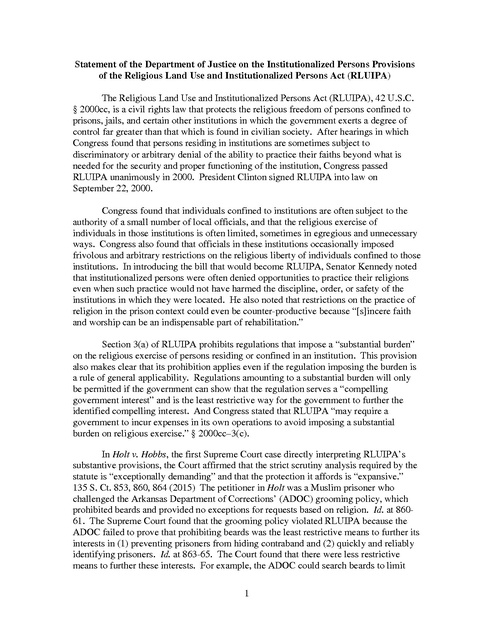