Taser Adv Summary With Q and A 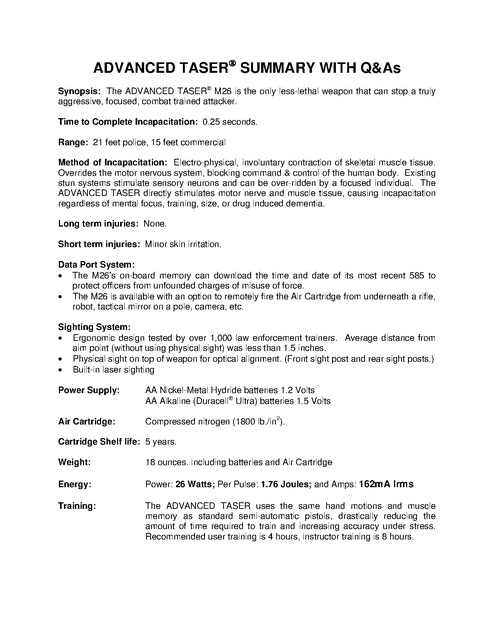