The Brotherhood Racism and Intimidation Among Prison Staff at in Corr. Facility 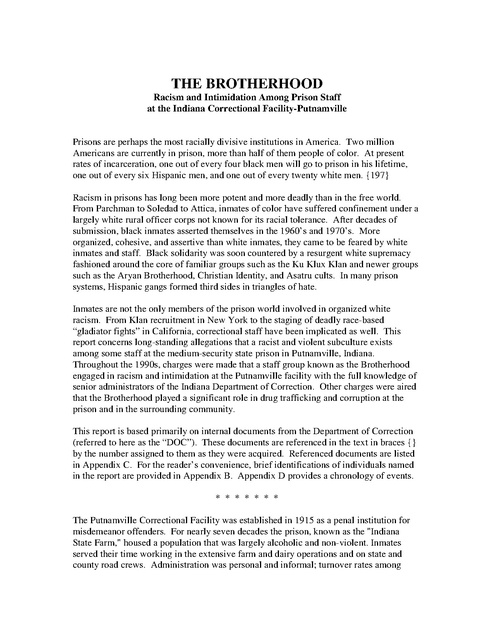