The Puzzles of Prisoners and Rights: An Essay in Honor of Frank Johnson, Alabama Law Review, 2020 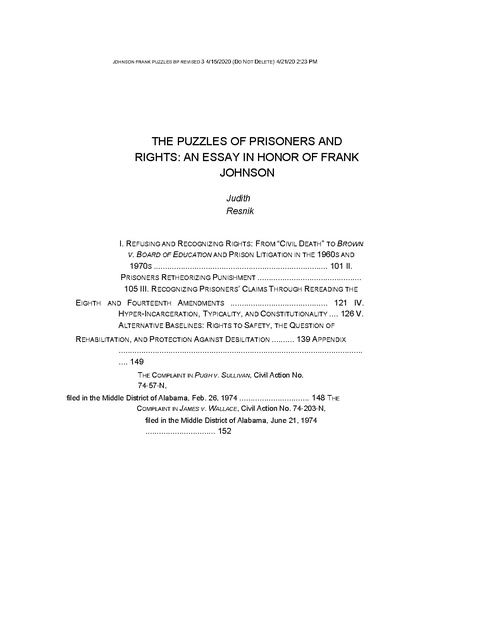