Unequal Liberty and a Right to Education, 2020 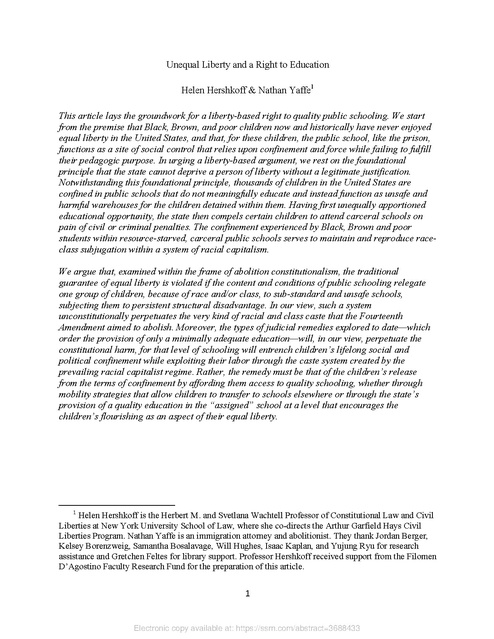